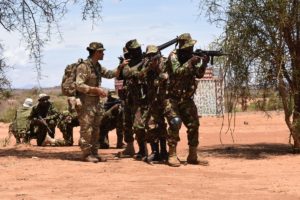 A short term training team (STTT) from 2 Royal Gurkha Rifles (RGR) has delivered pre-deployment training (PDT) in October 2017 to the soldiers who will deploy on African Union Mission Somalia VII.

The training was aimed at preparing the Kenyan Defence Force on AMISOM VII for their deployment to Somalia and the fight against insurgency, primarily Al-Shabbab. 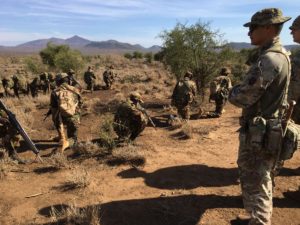 Five of the original eleven 2 RGR instructors are still in Kenya delivering another training mission to the Kenyan Defence Force; tracking, information and exploitation.

The STTT is supported by the British Peace Support Team Eastern Africa.