On 15 October 2011 Rfn Vijay Rai was killed by enemy fire whilst serving with 2RGR in the Nahr-E-Saraj district of Helmand province, Afghanistan. His body was repatriated n 9 November 2011 back to his home town in Tarahra, near Dharan, Sunshari in Eastern Nepal with support of HQ British Gurkhas Nepal and he was buried in the Dharan Military Cemetery.

His father, Captain Nakdhan Rai, ex-Indian Army, decided that he wished to remember his son by building a statue of him at the Ex-Servicemen’s Men Club in Tarahara where he had also invested in the communal building to serve as a centre for community development. On 5 December 2013 the statue was unveiled by Col James Robinson, Col Brigade of Gurkhas and Acting Colonel of the Regiment for The Royal Gurkha Rifles.  Speeches were made by senior members present and Col Robinson before the statue was opened and wreaths were laid. 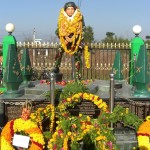 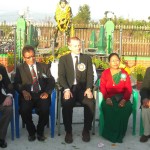 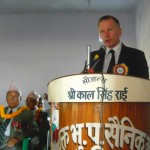 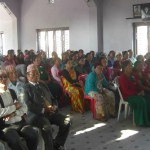