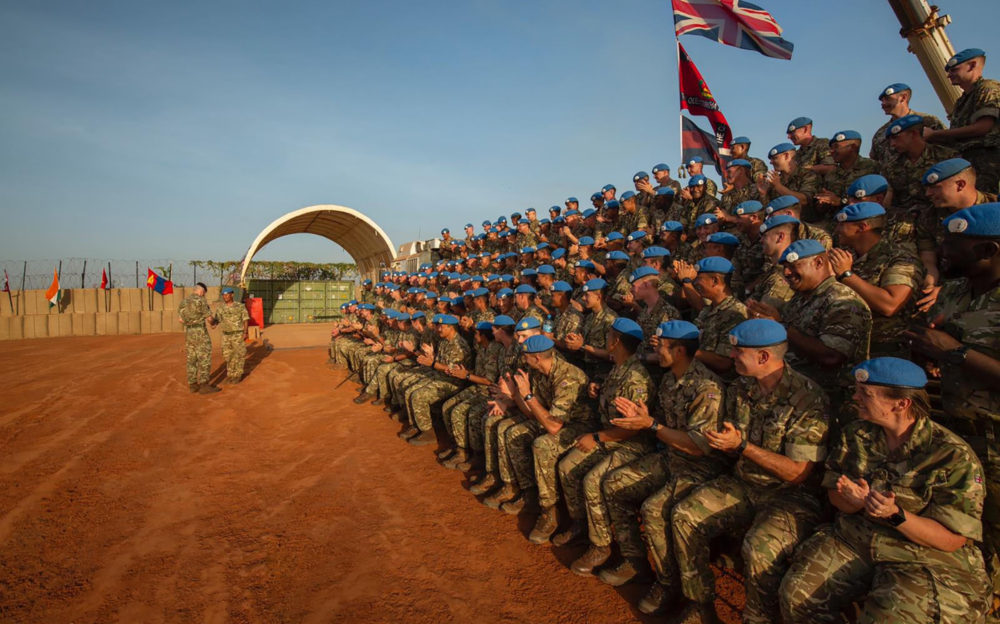 They were located across two different locations; Bentiu and Malakal Engineer groups for the four months duration of the deployment.

During this Operational tour huge tasks have been accomplished including; construction of the Mission support accommodation, construction of the role 2 hospital, an observation post, the 24 km road route upgrade, Kodok Bridge repair and many more projects and tasks all in less than three months. This also marks the end of Operation TRENTON.

The very last medal parade in South Sudan took place at both locations with many individuals being the Queen’s Gurkha Engineers being recognised for their contributions during this deployment: