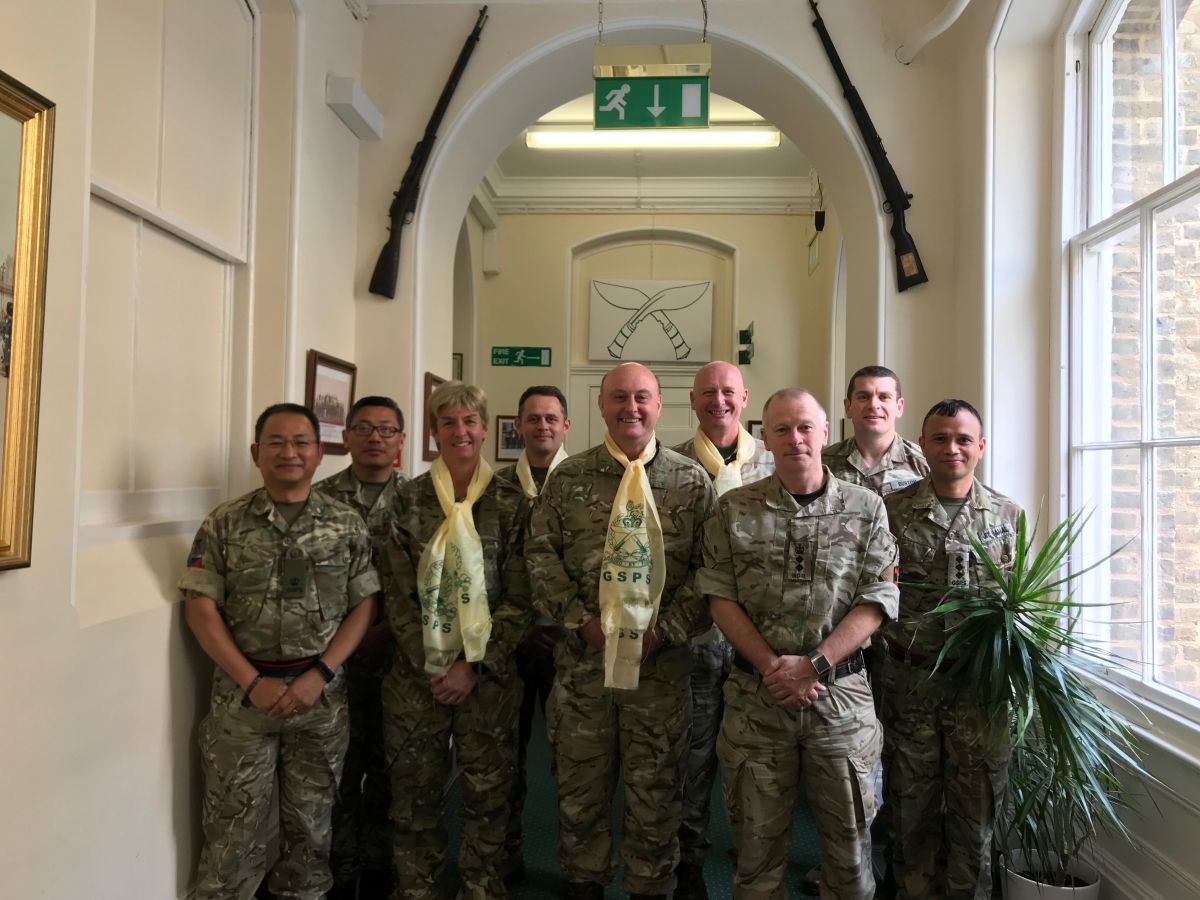 Visit by the Professional Head of AGC (SPS) provided an opportunity to hold a key meeting focusing on the Gurkha Staff and Personnel Support (GSPS) growth which was also attended by the Colonel of the Regiment GSPS Colonel A D Griffiths OBE. Chief of Staff Headquarters Brigade of Gurkhas provided the background and an overview of Gurkha Growth in general; this was followed by a brief by the Officer Commanding GSPS/Deputy Chief of Staff, who focused on specific issues in the work force requirements including; future growth positions, structure and management of the new posts. Overall the meeting was deemed to be a success, which also identified the process ahead.