10 Queen’s Own Gurkha Logistic Regiment (QOGLR) had the pleasure of hosting Major General R A Magowan CB CBE in his capacity as the Armed Forces Buddhist Champion on Tuesday 5th March 2019. The intent of the General’s visit was to understand the provisions that the Brigade of Gurkhas offers to its soldiers and dependents to practice their belief, faith alongside culture in harmony.

Major General Magowan was initially welcomed at Regimental Headquarters QOGLR by the Commander QOGLR Lieutenant Colonel Alex West and the Gurkha Major QOGLR Major Chakra Khatri with our traditional khadas which was followed by the Honour Guard. The General was presented a Brigade of Gurkhas cultural brief by Deputy Chief of Staff HQBG, Major Narendra K Gurung. 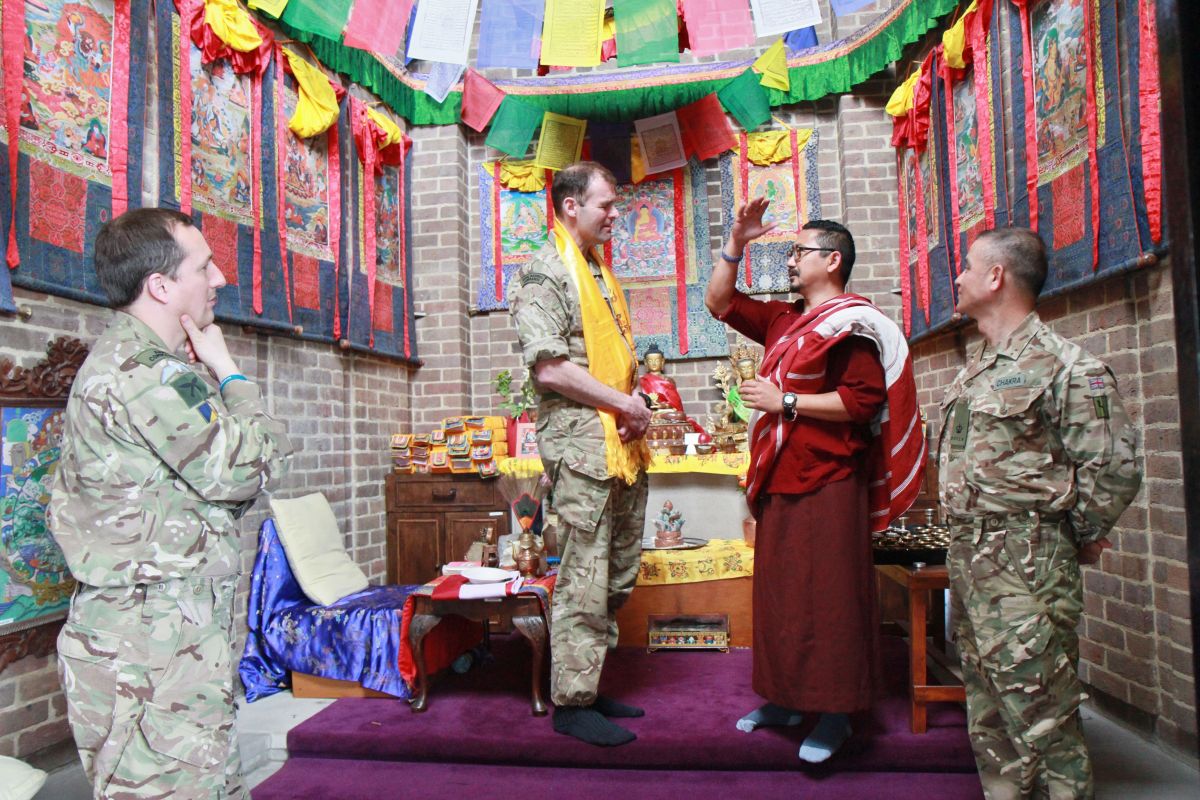 Major General R A Magowan later visited the QOGLR Temple/Monastery where the Regimental Buddhist Lama Guru spoke on the importance of faith/belief/moral understanding/practices within the Brigade of Gurkhas and delivered blessings. The General also had an interesting and useful interaction session with the representatives from across the BG units.

The visit culminated with the customary messing at Regimental Messing Hut where the General was presented a Khukri by Commander QOGLR.