Visit to the Indian Army by the Colonel Brigade of Gurkhas 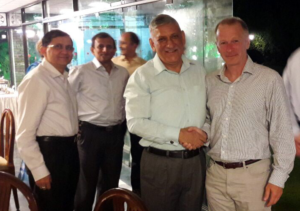 At the invitation of the British High Commission in Delhi, Colonel Brigade of Gurkhas, Colonel James Robinson, visited India over the period 17th to 20th July with the aim of connecting with the Gurkhas in the Indian Army. 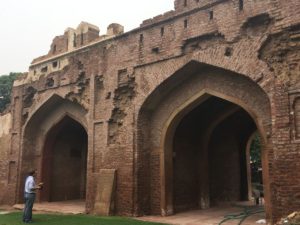 With the performance of Gurkhas in the Indian Mutiny being a seminal moment in the Brigade’s history the visit started with a tour of Delhi Ridge to see the area where the 2nd Gurkhas fought so bravely alongside the 60th Rifles for which the Gurkhas were awarded Rifle Brigade status and for which the Queen’s Truncheon was given by Queen Victoria to the 2nd Gurkhas.  He also visited Kashmir Gate through which forces stormed to retake Delhi, the Nicholson Cemetery and St James’ (Skinners’) Church. 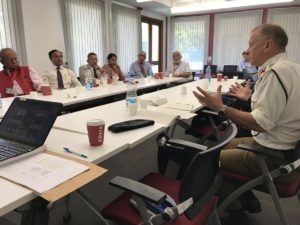 A key part of the programme was a conference with the Indian United Services Institute attended by a number of senior retired Gurkha officers, including current and previous Indian Gurkha Colonels of the Regiments, at which the Colonel briefed on the current Brigade, recruiting and TACOS.  This afforded an opportunity to learn more about the roles and support for Gurkhas in the Indian Army.  In the afternoon he made time to lay a wreath at the grave of his grandfather, Lieutenant Colonel JG Robinson 3/15 Punjab Regiment who died in Ambala in 1942. 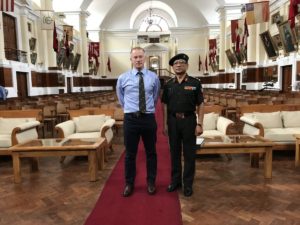 The Colonel then flew to Dehra Dun where he was shown around the Indian Military Academy, the Indian Sandhurst, where officers receive their initial formal training and where he was able to see many of the Sandhurst traditions replicated.

A particular highlight was his visit to the old 2nd Gurkha Barracks.  This included laying a wreath at a water fountain laid in memory of his great great uncle, Capt JG Robinson 2GR, who was killed in Dargai in 1897 and he was delighted to see how well it and other memorials had been maintained. He then laid a wreath at the famous Lal Gate through which soldiers would march to join the 2nd Gurkhas. 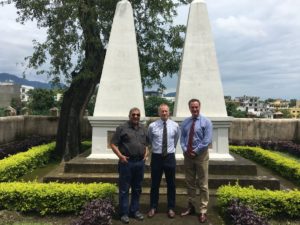 He met a number of Gurkha veterans and widows at the local Gurkha Welfare Scheme house and answered a range of questions.  Before leaving Dehra Dun he was able to visit Kalunga and see the two memorials raised by the British at the end of the Anglo-Nepal War in 1816, one commemorating the British fallen and one in tribute to the Gurkhas who had fought so bravely against them

On return to Delhi he met the UK Chief of Defence Staff who was also visiting Delhi and attend the state banquet.  There he met the Indian Chief of Army Staff, General Bipin Rawat who is an 11th Gurkha and they discussed their shared involvement in their respective Gurkha organisations.  General Rawat expressed a desire to meet Colonel Brigade of Gurkhas at the Headquarters Brigade of Gurkhas when he visits the UK next year. 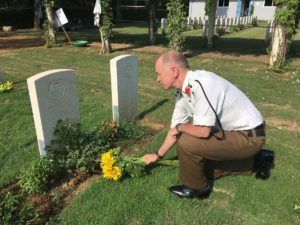